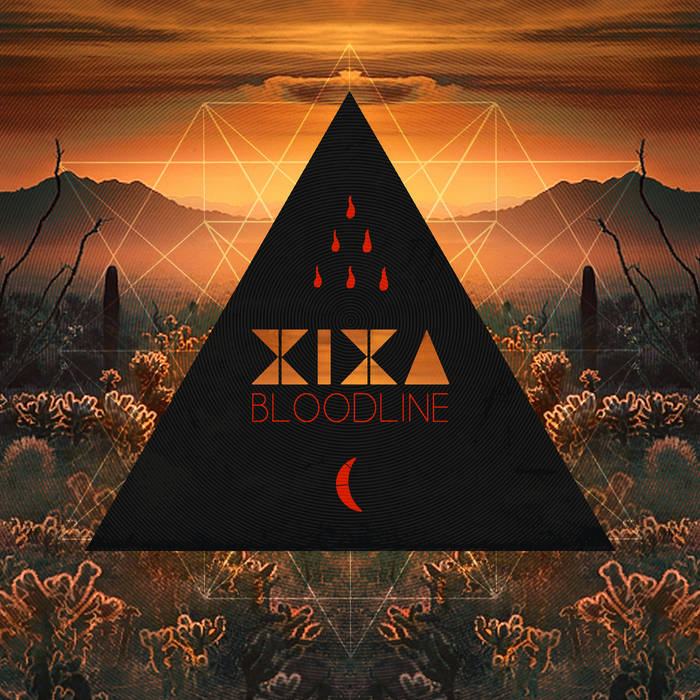 Brian Lopez and Gabriel Sullivan are two of the most recognizable musicians from Tucson. Both are members of Howe Gelb’s mythical band Giant Sand and between them, they have collaborated with an wide variety of artists – from Calexico to KT Tunstall – as arrangers, producers, writers and sidemen.

Four years ago, they discovered Peruvian Chicha and as Chicha Dust, started exploring the tropical universe of psychedelic cumbia. After a few years spent playing Chicha classics, Gabe and Brian started writing their own songs, mixing their experience as alternative musicians and their passion for psychedelic tropicalia. The result is a sort of Desert rock with a Latin heart and a marked taste for hallucinogenic experimentation.

Their first EP, Shift and Shadow, came out this past fall, and helped them reach a new audience that seemed to equally appreciate their cumbias and their the Meat Puppet tribute.

Their debut album, Bloodline (out 2/26) evokes the baroque magic of the desert and a certain Mexican mysticism, but never lets go of its taste for the kind of Latin parties where cumbia and melodrama both have a place. The sound can be raw, but the compositions remain sophisticated with an obvious sense of nostalgia for the analog productions of the 1970’s

Bloodline, genealogy if you will, holds an important place in the band’s personal mythology. ““I grew up speaking English” says Brian Lopez, but went to bilingual dances, was part of a folkloric group, your typical second or third-generation Latino family. My grandparents didn’t want my parents to speak Spanish, or to be Latino.”

Chicha is what led Brian and his bandmates to renew with a certain Latin tradition, and link it back to the rock and roll with which they grew up. “Winston played for Alice Cooper in the 90s. Efren ONLY knows Latin music, and didn’t know Led Zeppelin,” notes Brian. “You put them together,” that core combination of hard rock drums and Efren’s timbales, “and it’s XIXA.”

This symbolic bloodline allowed the band to re-invent an American identity anchored in the Arizona desert – a place where Navajos, Mexicans and European have more or less successfully cohabitated for a few centuries. The mythology of the Southwest owe a lot to its multiple roots and is at the heart of the music of XIXA. It can be found in the western inflected-guitars that owe as much to Ennio Morricone as they do Latin guitar heroes. It can be found in their collaboration with a musician from another desert – Sadam Ivad, guitarist for Tinariwen and Imarhan who co-wrote and recorded the song “World Goes Away”.

This mythology can also be found Daniel Martin Diaz’ esthetic. The celebrated Tucson artist responsible for all the visual aspects for the group – from the cover to the videos. Daniel calls his style, “Desert Noir”

Bloodline can be viewed as part of a new trend in American music where artists find inspiration as much in their own bloodlines as they do in an invented genealogy. Second and third generation Latinos seem particularly fascinated by South American roots, but their fascination and the artistic process they lead to are not fundamentally different from that of a Beirut or a Vampire Weekend. Whether it be Chicha, Balkan or African music, these are artists are devising new identities, borrowing outside references.
Bloodline is a seminal album. A founding myth. The beginning of a long lineage.