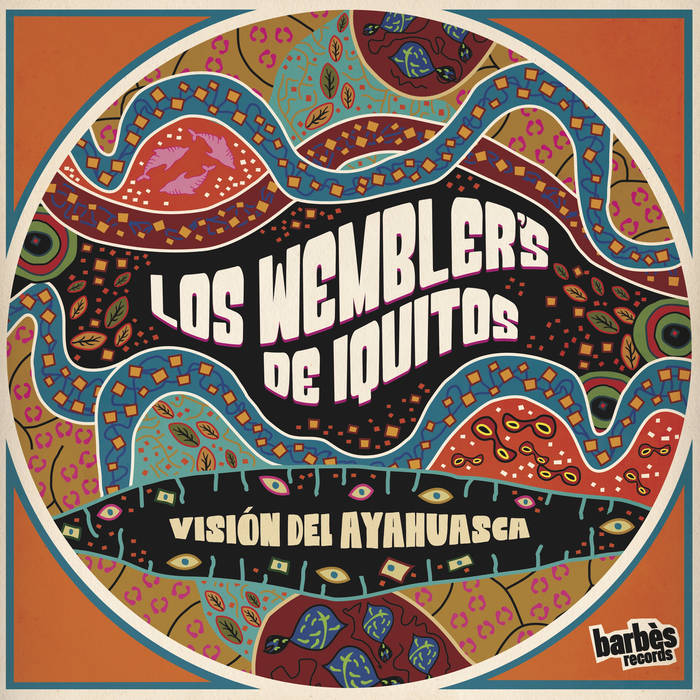 The creators of Sonido Amazonico and Roots of Chicha artists celebrate their 50th year with a new album on Barbès Records and a world tour.

In 2007 Brooklyn label Barbès records released a 17-song compilation of a then ignored genre of psychedelic cumbia from Peru. That album, The Roots of Chicha, was essential in re-introducing the world to chicha music, a sound previously confined to the Amazon and the poorer neighborhoods of Lima.

Though chicha originated in the 1970s, its particular blend of psych rock, surf, Afro-Latin rhythms and indigenous melodies proved to be particularly appealing to 21st century audiences. To many, especially in South America and Mexico, it came to be seen as the missing link between rock and tropical Latin music and was a key ingredient in the cumbia revival that has swept the Americas in the past ten years.

Los Wembler’s, who formed in 1968 in the Amazonian city of Iquitos, were responsible for some of the first hits of the psychedelic cumbia genre – including the iconic “Sonido Amazonico” and “Danza del Petrolero”. Los Wembler’s became widely popular in the Peruvian Amazon and for a dozen years and criss-crossed the region, with forays into neighboring Brazil and Colombia. In the mid 1980’s, however, touring mostly came to a stop and the band remained in Iquitos, playing mostly parties and local functions.

Their new album, Vision del Ayahuasca, was written in Iquitos, where the band still lives, but recorded in Lyon, france, while the band was on its second European tour. With only three days in the studio and a hand injury suffered by guitarist Alberto Sanchez, the session was fueled with a sense of urgency that only added to the raw energy the band has channeled for the past 50 years. Recording at BacktoMono, an all analog studio, Los Wemblers re-created the conditions they knew at the beginning of their career – beyond mere nostalgia, the process gave the session some profound historical grounding. The album was produced by Barbes’ Olivier Conan, engineered by analog guru Christian Hierro (BCUC, Vaudou Game) mixed by Bryce Goggin (Joan as Police Woman, Swans, Akron Family ) and mastered by Masterdisk’s Scott Hull. The result is an album that goes back to the origins of the band, oscillating between their love of tropical dance music and loud guitar rock rooted in late 60’s psychedelia.